Participating in an event such as Laconia Motorcycle week that has existed the better part of a century is equal parts reliving traditions of years past and creating experiences about which you will reminisce for years to come. This year’s Laconia Motorcycle Week rally was no exception with one minor difference, the weather was almost perfect!

Laconia is known to many as “Laconia Rain Week” or “the week that hydrates all”. And while all bikers appreciate the lush landscapes that populate central New Hampshire, we much prefer a drier weekend for the event. Most bikers eagerly check the forecast ten days out, then nine, then eight and expect the sunny forecasts to morph into clouds, a chance of precipitation and eventually developing into full out arc-necessitating flood!   Happily, the final weekend of Laconia 2016 broke this unwelcome tradition. The sun properly showcased thousands of candy-coated and metal-flaked machines populating an eye candy shop for adults! 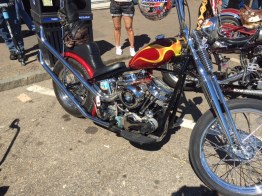 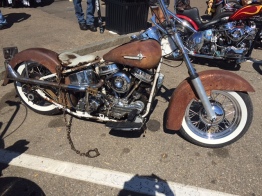 Some of the traditions we embraced this year is the usual browsing at crazy creations, Frankenstein-choppers, stretched baggers and technical gadgets that will eventually be refined and stock in your Harley. This never gets old. 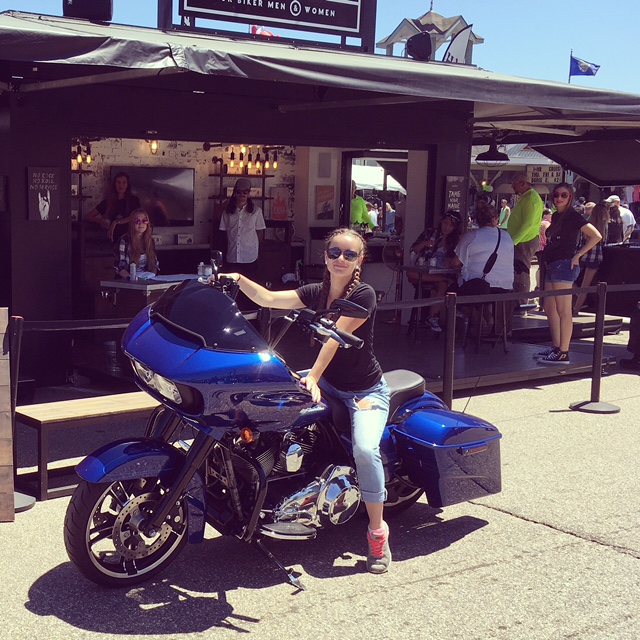 We met fans, readers and some old friends on the strip at Weirs. We gave out shirts, talked about great ride routes and discussed ideas for the next White Knuckle 300 ride. This is always our favorite part of the journey. Meeting all of you who make Beantown Baggers so great!

We brainstormed on expansion… maybe you’ll see more of Beantown in LA, Florida or Texas… who knows. 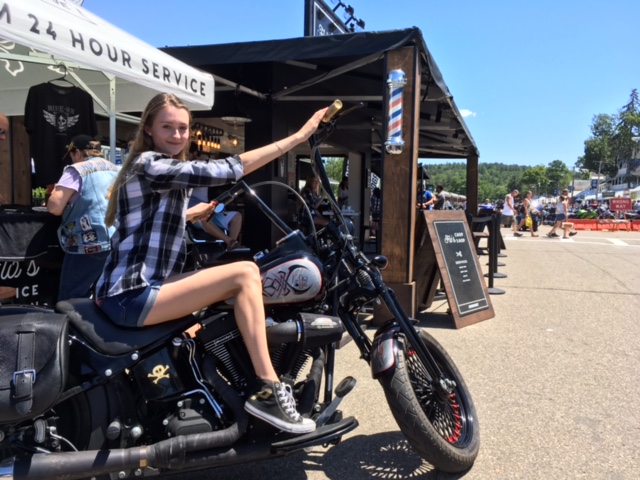 We rode. This is what Laconia is all about. We woke up and said: “This is a great day to ride some motorcycles!” So we did. After a few hours at the Progressive Chop Shop in Laconia we made the back road journey to Bentley’s Saloon in Arundel, ME. The ride isn’t too long but the scenic New England roads gave quick relief to the aggressive sun and traffic of the rally.

Bentley’s had a bike show and pinup girl contest – both welcomed additions to an already colorful day! Pig on the smoker, a few cigars for dessert and a southern rock band playing a Skynyrd set the scene for a perfect two-wheeled get away. After a few hours of controlled mayhem we set off for the day’s final destination. This year it wouldn’t be Laconia, North Conway or any of the usual bike week haunts. Instead we chose to finish the night in Portland Maine. 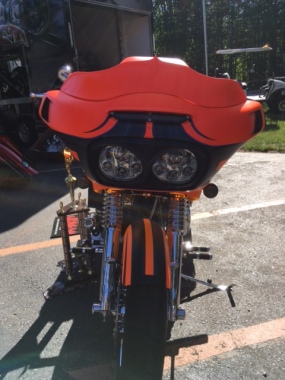 It was a few miles out of the way but setline next to the ocean, breathing that clean sea air and putting the bikes away for the night in favor of the Portland bars was a perfect way to end the eventful day! Portland isn’t one of our mainstay locations but when you visit, be sure to stop at Bull Feeney’s for a glass or two of their amazing whisky collection and listened to whatever tribute band is playing on the second floor. If you’re like us, you’ll definitely feel a bit old for the crowd but the drinks and music will quickly put an end to that misplaced concern!

Pancakes and 200 miles on dry, open roads alongside lifelong friends opened and closed the perfect weekend where traditions both old and new created a revived tapestry that will forever be called Laconia Weekend! 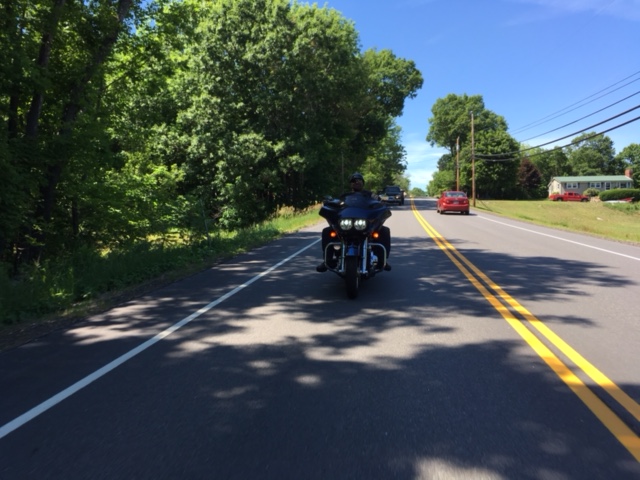 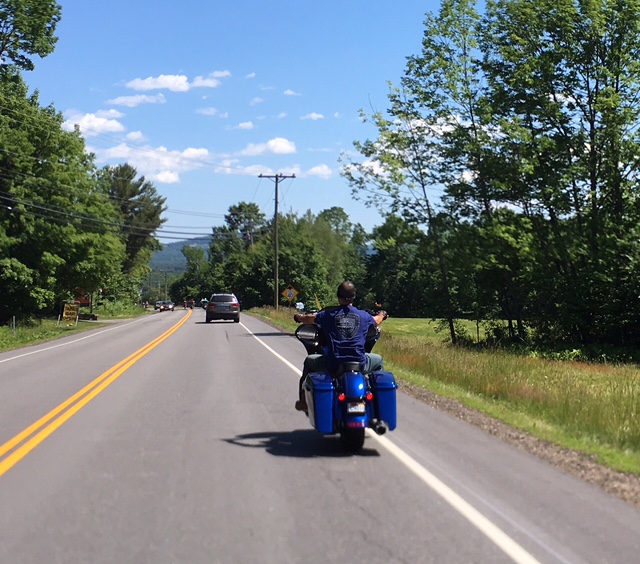 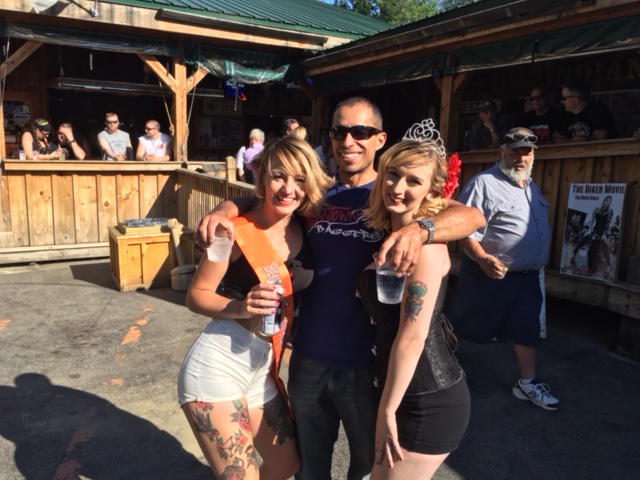 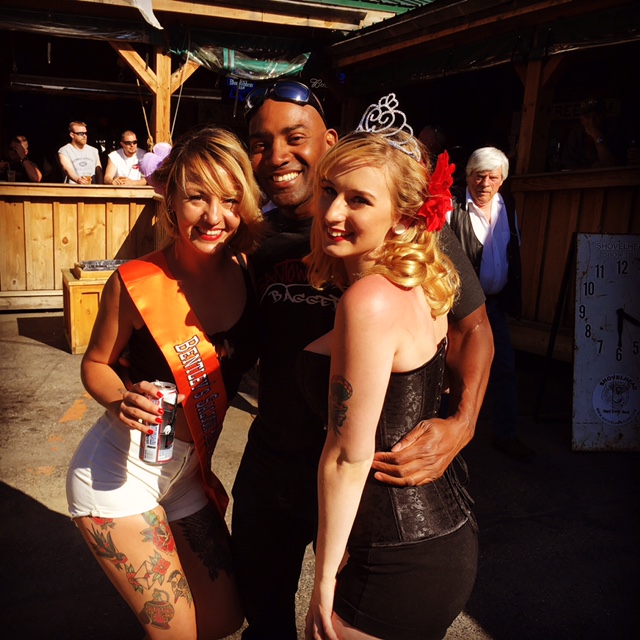 Again, We would like to Thank Progressive as an incredible partner for this year’s Laconia Motorcycle week.  Without this partner we could never offer this type of coverage, free shirts, pins gear for our readers!