5:30 AM on a late May Saturday morning. The sun is just starting to peak out over the horizon and the scent of morning dew rises from spring soaked lawns. Rigors of the workweek are merely a distant memory as you secure your hard-bag latches and complete a final inspection of the roadworthy machine standing regally in your driveway like a hound dog ready for a day’s hunt. The air is brisk; you will need a leather and gloves to start the ride but soon enough gear will be shed and the fullest sense of freedom will be yours for the taking!

The day’s agenda has only one item: Ride. You will cover more than 300 miles, burn roughly 8 gallons of fuel and likely spend around $50 for the day out. Likely, tonight’s resting spot will be the same as last night’s. Neither destination nor practical reason stirred you from last night’s slumber. The general direction is planned, a route however is not. The obvious question: why spend your day like this? 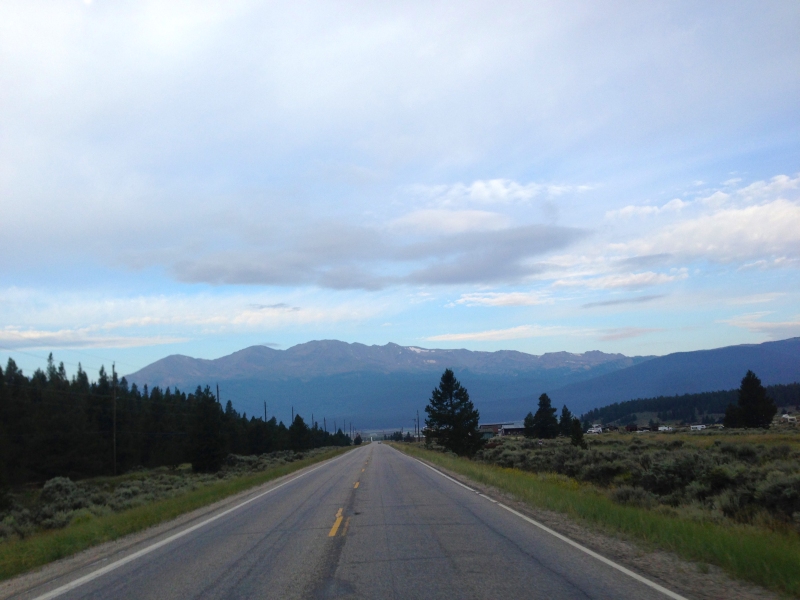 This is no time for contemplation, the roads are empty and you have a rendezvous with four friends 30 minutes from now. Take advantage of the serenity, solitude and car free pavement before the cagers seep out of their suburban driveways conquering your roads armed with minivans loaded with kids, groceries and mesh bags filled with soccer balls.

After waiting for a few minutes at the local D&D, pounding a Medium Regular with a Turbo shot your first friend arrives. Soon after the next and the next. Now you’re only waiting on one. The same guy is late every time. He will be hung-over. He may not have his boots tied and absolutely, positively, without a doubt his tank will be low. Every crew has that late friend who has an empty tank requiring everybody to waste an extra 10 minutes of prime riding time. Nevertheless, you’ve been riding together for 15 years and for some reason you accept his countless failures because he is part of your crew. The day just wouldn’t be the same without him.

Finally, you’re on the road. You chose to ride west today because… well if you’re starting in Boston, and your bagger doesn’t float, you only have the choice of North, South or West for a day’s journey.

Every mile you log is either a reminder of a different time or a new experience that will shape future days. The scents on the road. The chill in the air. All conjure up memories of a familiar experience though the specifics are fuzzy. Rolling landscapes, all recognizable until you see something that you’ve never seen before.

For me it was on my way to Sturgis on August 7, 2012. The monotony of Mid-west corn fields were enough to lull a pissed off pit bull to sleep. In the distance, the sky showed signs of nightfall. Exhaustion of the past four days and 2,500 miles started to set in. All of a sudden, on the right of the road was a field of sunflowers that were the most brilliant yellow I’ve ever seen. This field stretched for miles and invigorated me to push on with the hope I would see another road-side nugget later in the day. 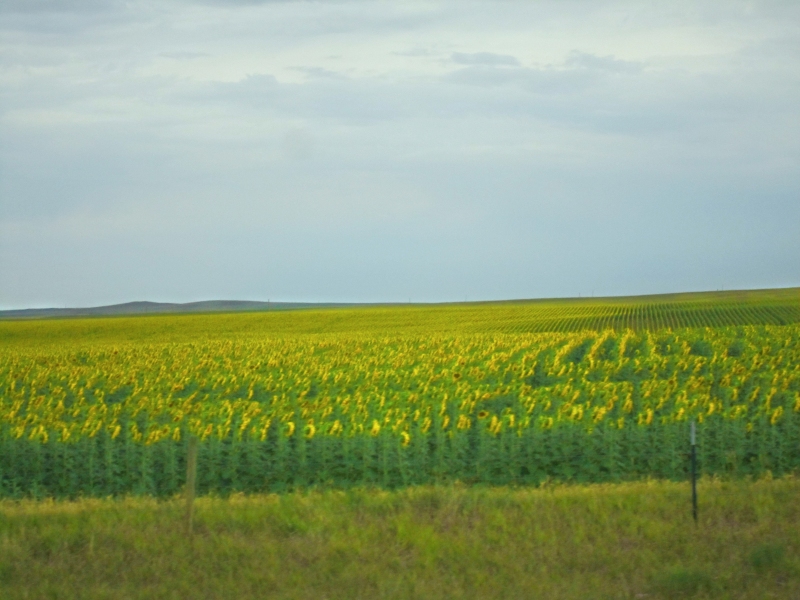 Riding through mountains, next to oceans, national forests or deserts. There is always something new to see – it’s the view, the curve or the stretch of road that makes the whole day worthwhile!

You stop for food, ice cream, coffee or a smoke. Usually the cuisine and bean are no better than options nearer to home with one exception… today you’ve earned your treats.

As you feast on the day’s excitement, your friends regale you with near misses of a curve they almost were unable to negotiate. Stories of past trips are recounted – taller tales than these are unimaginable as this is the time for embellishment and amazement. Conceit is taken with a grain of salt – as the intent is to entertain, not impress. 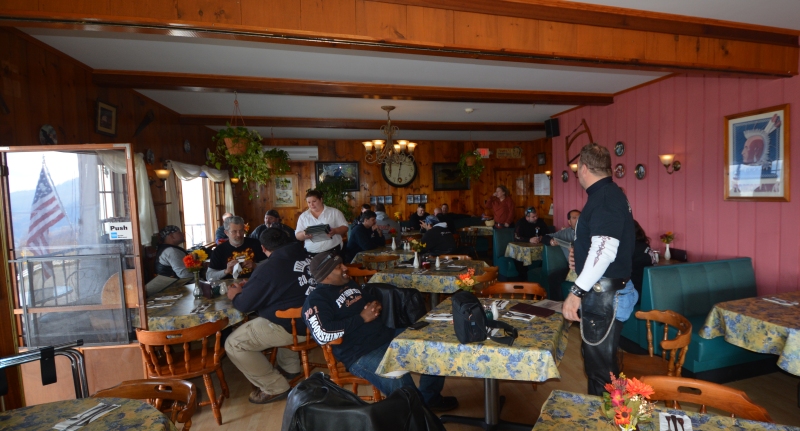 My most memorable meal was last year at a bar in Leadville, CO. The weather had dropped to 32 degrees and we had been through yet another white knuckle ride on the way back from Sturgis 2013. Leadville was the only stop before we hit Independence Pass – a road best taken with a little visibility.

The only bar open was the Silver Dollar Saloon. The only thing they were serving… booze. We were hungry, tired and done for the day. A gas station across the street would be our salvation with chips, salsa and a few random pre-packaged sandwiches. No matter, we marched our way back to the Dollar to feast like kings and drink like Vikings on the meager rations at our disposal. It may not have been the best dinner but it was the most enjoyable. 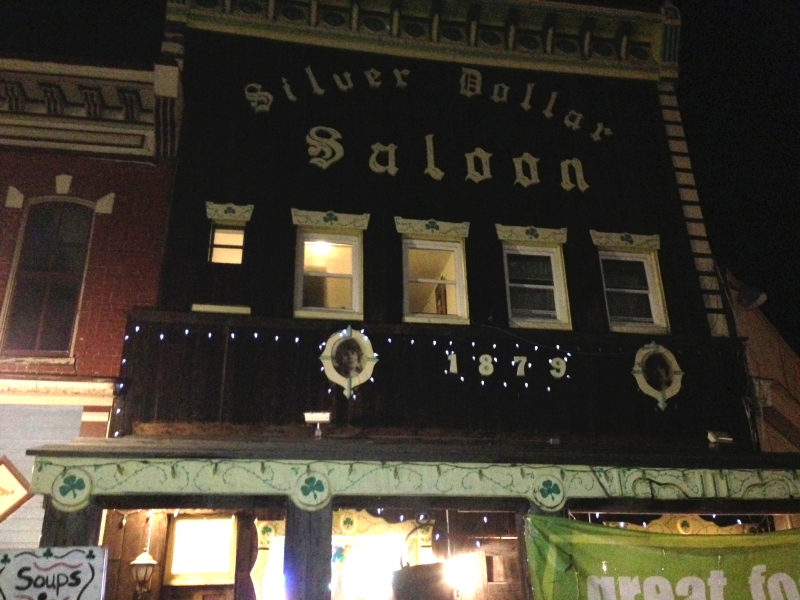 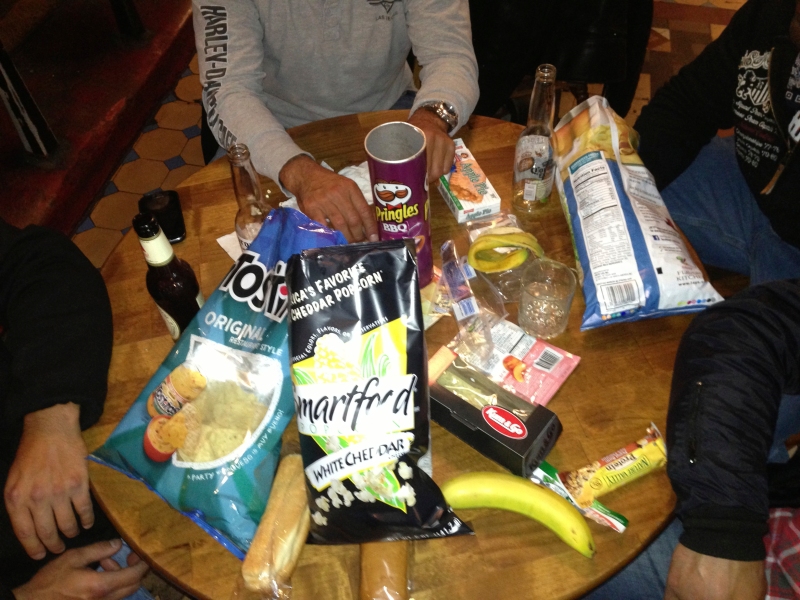 While some ride for entertainment alone, others mix utility into their planning. One of the most moving stories I’ve heard came from Joey K who shared his 275 mile journeys to watch his son play baseball in Standish Maine.

“I ride up as often as I can… He’s still my little boy and needs our support!”

Luckily Joey’s son won both games of the doubleheader just the day before Joey sent us his note. Mixing three of your greatest loves, Family, Baseball and Motorcycles – does it get any better than this?

If you ask a group of bikers why they ride, likely you’ll hear phrases like: “if you have to ask, you wouldn’t understand” and that riding wakes up all the senses.  The motorcycle offers a certain peace, tranquility – letting go of life around you – like a magic carpet ride (we have to believe this one as our magic carpet is in the shop).  One of the most moving explanations we have heard was: “after Iraq, it seems no woman nor bottle can do what a solid ride can do.  When it’s me on my bike, nothing in the world matters”.

Scenic views, newly discovered roads and unique food all enhance the experience but great company defines a great day in the saddle. Moreover, great friends help make the best of a tough situation whether it is smoking cigars roadside when a bike breaks down or pulling up along side you at 90 MPH , handing you a Red Bull and Twizzler when he sees you’re about to nod off. 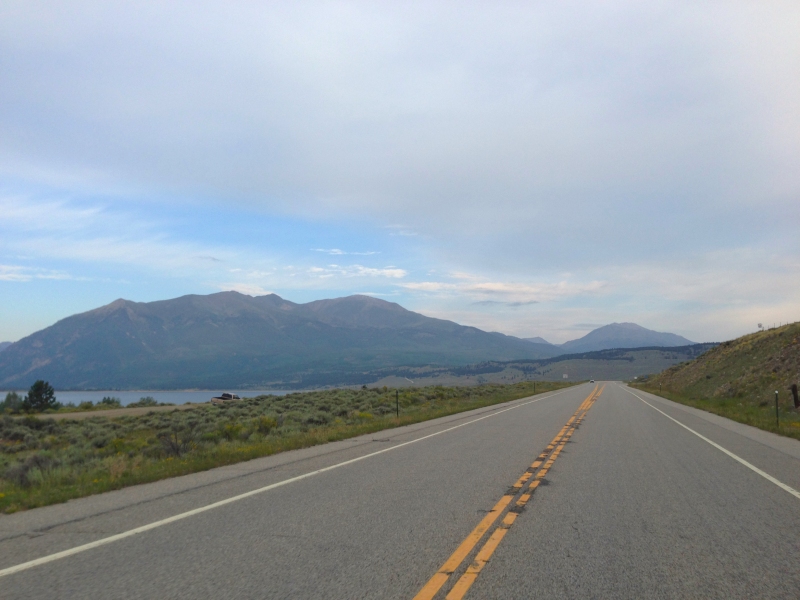 There are so many enjoyable moments that can only be captured on a motorcycle. It’s almost never about what you ride or where it takes you. Rather, the most memorable miles are closely tied to the experiences on the road and the great people who populate the story of your journey.

The world is a fascinating place if you take time to explore it – what better way than on a motorcycle?