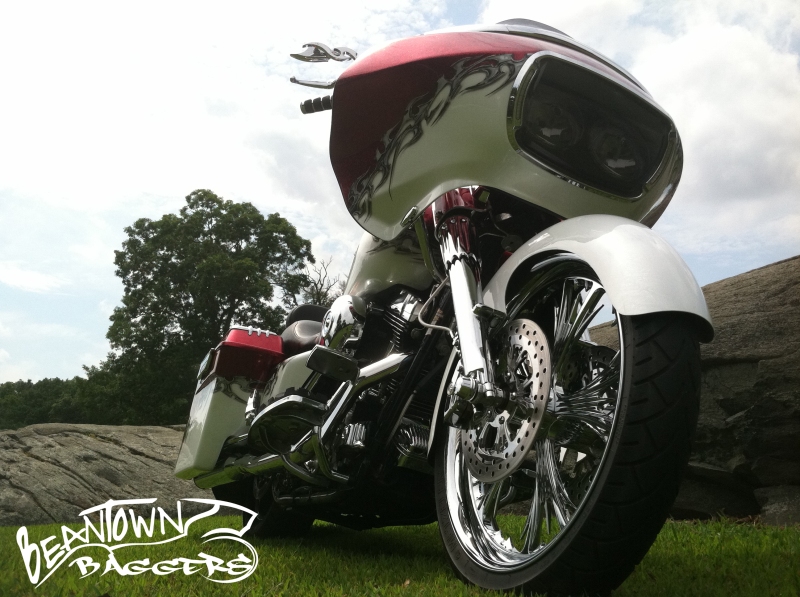 I ripped this bike down to almost nothing and started  the rebuild with stretched bags and fender, a Yaffe stretched tank. The front fender started off as a 180 fender blank and was cut and shaped. RC Components wheels with Metzeler tires. Rinehart true duals, Dakota Digital gauges, Rockford Fosgate 300 watt amp and 4 speakers in the faring,  Mini Apes for bars. Then came the Paint. We laid down White marbleized pearl and a heavy red metallic. Then Anthony’s Airbrush did the tribal graphics. 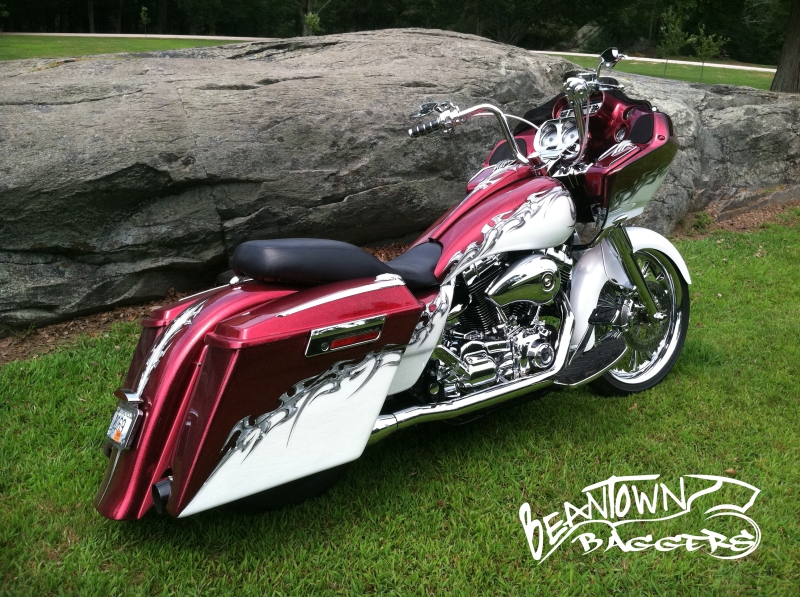 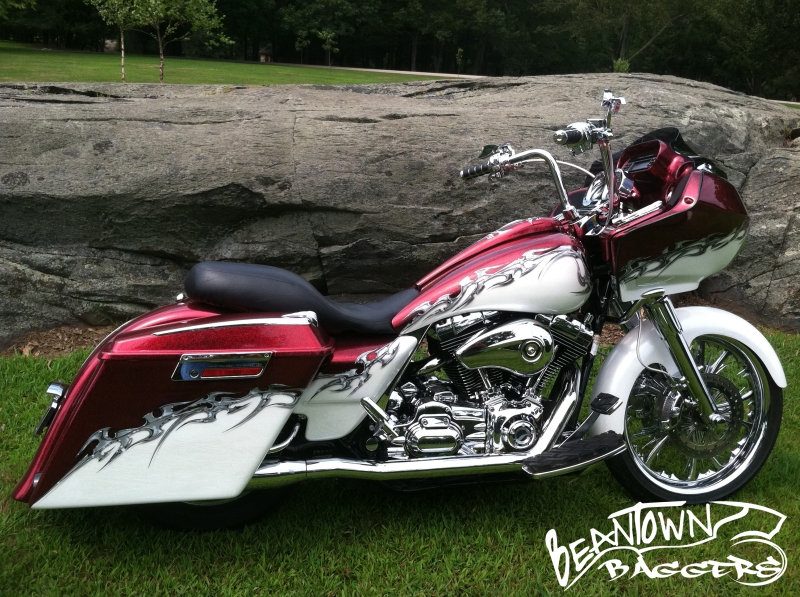