As part of our interview series, we proudly introduce Boyd’s Cycles.

This past Sunday I had a chance to visit [Ron] Boyd’s Cycles in Peabody, MA to check out the new shop (as of July) and understand what drives this local bike builder and business owner. We discussed his preference on brands including saddlebags, bars, suspension and tires. He also has some interesting predictions for the future of baggers and motorcycles overall.

The shop is conveniently located just a mile and half off of RT 95 in Peabody and has a ton of parking both out front and around back. [Much more below]

Ron and his lovely wife Lorraine were nice enough to meet me on a Sunday afternoon for what he self deprecatingly called the 50 cent tour and interview. If there is one thing I learned it is that Ron is incredibly humble and thankful for everything he has.  As  you’ll notice, Ron isn’t in too many of these pictures as he wants his work to be recognized and isn’t focused on bringing attention to himself.

Boyd’s cycles started in Salem in 2002 but moved to Peabody in July 2013. “Ballsy move to relocate in the middle of the summer, but it worked out with 30 bikes in the shop during the first week” exclaimed Ron. One of the first things you’ll notice when entering the shop is the openness and cleanliness of the place. It’s huge, open, bright and ever single tool is in its place.

BTB: What’s the mix of bikes you work on here?
RB: We’re about 75% baggers, a few old Harleys and some other random stuff. We do a ton of cams, three a week sometimes. We really try to improve the ride of any bike that comes in here. Suspension is big, good tires, bars and controls are pretty popular. We do some of the big wheel raked out bagger work but that’s not for everybody and we want to make riding more enjoyable.

BTB: Speaking about the big wheel craze, do you think Baggers are a fad like Choppers were?
RB: No, they’re just more versatile, though I do think the big wheels are not long for the ride.

BTB: You also mentioned suspension. Springs or air?
RB: I see a lot of air rides that fail. We always keep a pair of progressive 944 shocks here for demo rides but every time somebody takes them out, I have to buy a new pair of demo shocks.

BTB: Lorraine, Why do you think Ron is having success?
Lorraine Boyd: People like and trust Ron. He works really hard and is honest with his customers. He’s a small guy, just trying to make it and as a result, his customers are loyal to him.

BTB: Ron, what’s the toughest part about running this business?
RB: Most people think that their bikes need to be worked on at the dealership to keep their warranty. This isn’t the case – we do a lot of work that won’t void a warranty.

Let’s run down your favorite and least favorite parts:

Aside from running a successful shop, Ron and Lorraine do a lot to support the Wounded Warrior Project and Operation Troop Support (OTS). Stop by and ask about their involvement with these great causes.

If you get a chance, take the tour of the shop. Boyd’s cycles is at 25 Walnut St Peabody, MA. http://boydcycles.com

If you like this, take a look at some other interviews we have done by clicking here. 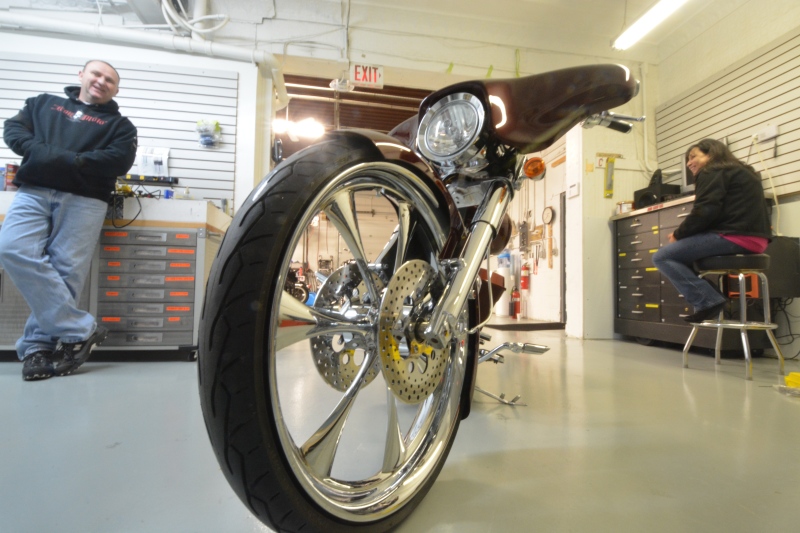 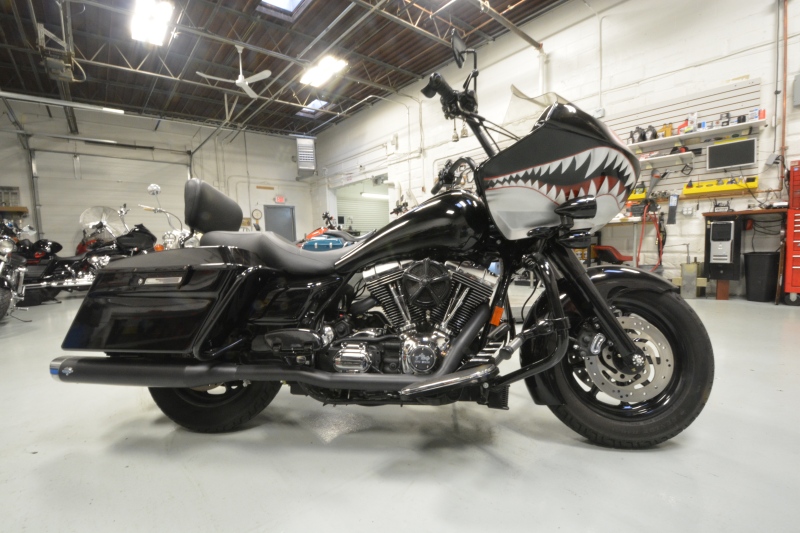 If you like this, take a look at some other interviews we have done by clicking here.